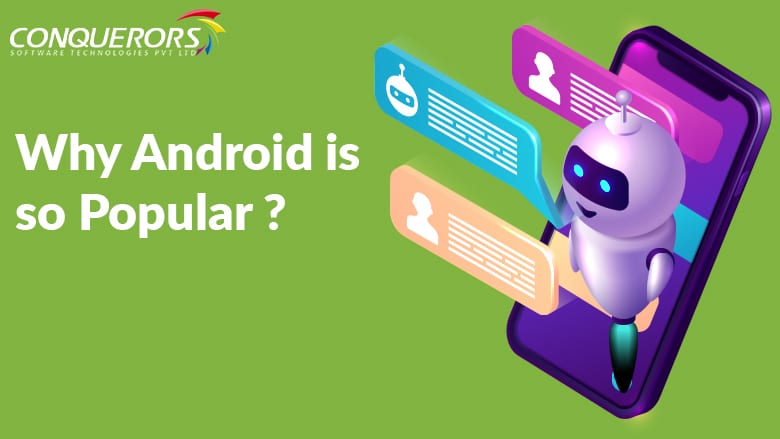 Android, the most popular and widely used mobile operating system was unleashed in the year 2007. It is based on the Linux kernel and is designed basically for mobiles, tablets and other touch screen gadgets and devices. Android is developed with the main contributor and commercial marketer being “Google”. Today, Android is one of the leading smart device, touch screen operating systems to power more than 80% smartphones and 60% tablets over the world. There are more than 3 million Android apps on Google Play.

Even though there are too many competitors for the market, Google’s Android went beyond every other company and now it has become the leading Operating System maker for the smartphone.It is really remarkable for a company to achieve this in a very short time. You will find it really interesting if you know what is behind the popularity of Android.

Due to the open nature of Android, a number of third-party application marketplaces also exist for Android, either to provide a substitute for devices that are not allowed to ship with Google Play Store, provide applications that cannot be offered on Google Play Store. Since it is an open-source operating system which enabled a large pool of programmers to contribute their best and enhance Android.

There are around 200000 applications developed for android with over 3 billion+ downloads. Android relies on Linux version 2.6 for core system services such as security, memory management, process management, network stack, and driver model. Android is affordable and it has all capacities to perform a variety of tasks that a windows or iPhone does. It is capable of rapidly executing assigned operations. It supports 3D graphics which enables users to run 3D games as well.

Android interestingly names its operating system after desserts. It has released many versions till date. From Cupcake(2009) version to the latest Oreo(2017) version, Android has upgraded the operating system adding mind-blowing features.Android, is the most affordable and hence most widely used smartphone in the world which is expected to come up with more exciting features in the future.

The following are the reasons to get the android operating system widely used across the world.